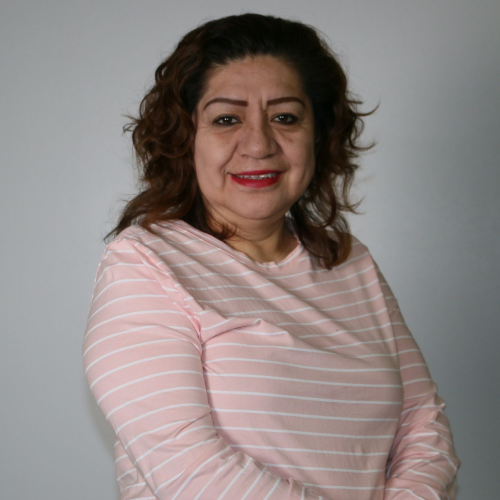 Columba Reyes was born in Cuernavaca, Morelos, Mexico and immigrated to the United States in 1989. She lived in Dallas, Texas for ten years, working at Brady Community Center in the field of social work and outreach for the Latino community. In 1992, she graduated from Bible School where she developed the areas of women’s ministry, youth ministry, children’s church, evangelism, and more at her home church. In 1999, she moved to Minneapolis, MN where she was part of the movement to petition a Mexican Consulate in Minnesota because the Latino Community was growing rapidly.

It was then that she began to see the need for representation in her own community. She worked to create the immigrant group “Club Morelos” (now called “Club Cuernavaca-Axochiapan-Morelos”) with the assistance of the Mexican Consulate. At the same time, she created the roots and ties between the City of Minneapolis and the City of Cuernavaca, giving birth to a Sister Cities Program that is the bridge between both cities for their mutual economic, cultural, artistic, educational, and health benefit. She is the current Executive Director of CAMINO Cuernavaca-Minneapolis Sister Cities Organization and continues dedicating herself to supporting Latinos living in Minneapolis and their future descendants.