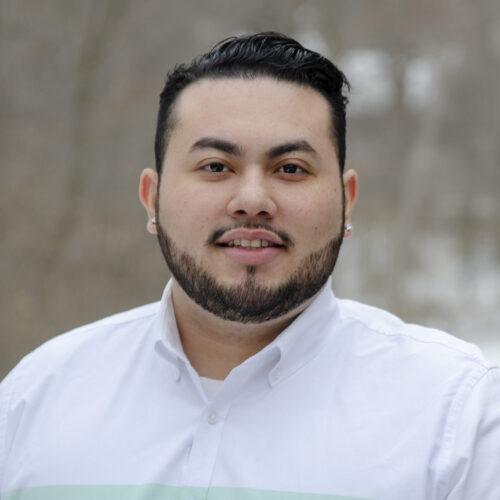 Edwin Torres is a political strategist with 8+ years in electoral campaigns at local, state, and national levels. Born in El Salvador in at the end of a long civil war, Edwin experienced a lot of hardships growing up and has used those hardships as a motivation to succeed and help others. Edwin became the first person in his family to earn a college degree when he graduated from the College of Saint Benedict and Saint John’s University. Since then, Edwin has been awarded and recognized by national organizations and elected officials. His DACA story has been featured in various publications including the New York Times.

Currently, Edwin serves as the Political Director for the re-election campaign of Governor Walz & Lt. Governor Peggy Flanagan. Previously, he worked in the Minnesota Department of Health as the COVID-19 Vaccine Outreach Director. In 2020, Edwin was the Political Director for Senator Tina Smith’s campaign and in 2019, he served as the National Director of Latino Outreach for Senator Amy Klobuchar’s presidential campaign. Edwin is pursuing his Master’s Degree in Public Policy on a full scholarship at the Humphrey School of Public Affairs at the University of Minnesota. He lives in North Minneapolis with his partner Ricardo, and their two dogs Lola and Mochi.