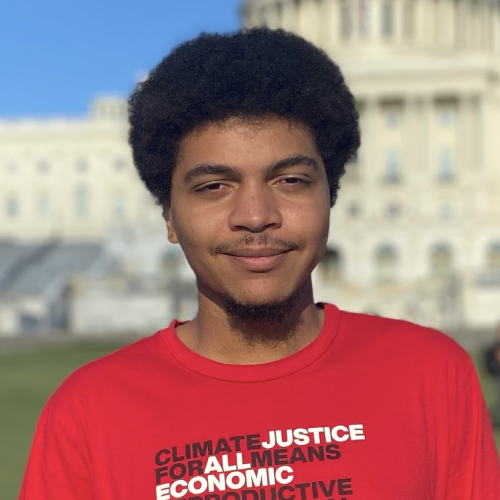 Sasha Lewis-Norelle is a contracted organizer providing support for the Frontline Communities Protection Coalition. As a youth environmental and climate justice activist and organizer, he brings a strong commitment to systemic solutions to the climate crisis and environmental racism.

Sasha grew up in Madison, WI, and moved to the Twin Cities for college. He attended Macalester College, where he studied environmental studies with an emphasis on biology. While attending Macalester, Sasha became involved in environmental activism through the school’s divestment campaign. He then went on to support that campaign through several iterations and varying degrees of success. He also became involved in the Sunrise Movement, and the Movement to stop the Line 3 pipeline.

Over the last four years, Sasha has stayed active and involved in a number of local and national environmental justice fights and has worked to develop the skills and knowledge to be an effective community organizer and advocate.